The next week or so was spent sailing around the Archipielago de los Canerreros.   The cruising here is second to none, with pristine reefs, picture perfect islands and water of incredible color.  We left Cayo Largo and sailed on the outside (rather than inside the reefs) to our first island stop, Cayo del Rosario.  Here, you have the choice of anchoring in the Canal Rosario or inside the reef on the southwest end of the Cay.  We chose the reef anchorage, as well had settled weather, thought it would be a bit cooler and we read there could be crocodiles in the Canal!  The reef entry is straightforward and we anchored in about 10 feet of water.  There was a light chop in the anchorage, but that doesn’t really bother our heavy girl.  The snorkeling here is good, lots of fish and lobsters and the beach was very inviting to go for a walk.  There were lots of iguanas and juntas that tempted Niko to chase them.  We stayed here for two nights before heading off to Cayo Campos.
Cayo Campos was about a 30 mile sail from Cayo Rosario, and again, we chose the outside route due to our depth constraints.  We entered the reef on the western end of the island and anchored to the east of the opening in about 8 feet of water.  Be careful of partially submerged steel stakes that are used to house grouper when in season.  The stakes are pretty easy to see.  Again, we were anchored her in pretty settled weather, and only experienced some light chop in the anchorage as the reef breaks up most of the seas.  There is a more protected anchorage closer to the island but we could not get up in there because of our draft.  Nigel Calder’s book has a good sketch of the two anchorages.
About half an hour after we anchored, two men from the island came out to greet us.  They spoke only Spanish but we understood that they were inviting us to the island.  They were also out of gas.  We didn’t have any to spare, but sent them up to our friends on Sabbaticals who gave them some.  We got in our dink and away we went to the island. 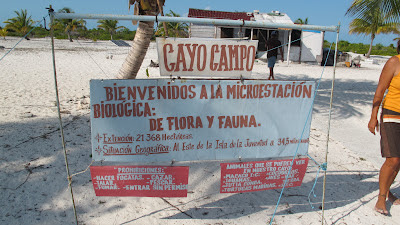 Cayo Campos is a monkey sanctuary and there is a small house which is home to 3 men who stay on the island for three months and then go back home for three months while another shift comes on to take care of the sanctuary.  I could never remember their names, so we just called them the “Boys of Cayo Campos”!  They were so nice and funny!  As soon as we got there, they got out their bucket of dog food and we went outside as they threw the food on the ground and called out to the monkeys.  Before we knew it, there were about 10 monkeys looking at us with caution as they scooped up the food and shoved it in their mouth.  A little while later, mama monkeys with their babies hanging on to their chest came out for the feast.  One of the Boys was able to hand feed one of the monkeys, but it is clear they are still very wild.  We got a tour of their meager hut and made plans to come back in the morning for another feeding. 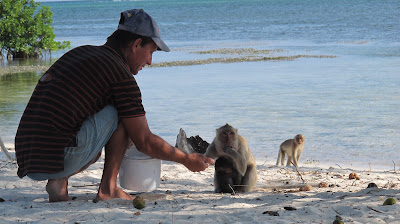 The next day, we went in again to see our new found friends.  We hung out with them for about an hour in their hut, chatting away with them and their only neighbor who is a fisherman who also lives on the island during a three month rotation.  They invited us to stay for lunch and cooked us up a delicious rice and conch dish.  They waited for us to eat before they did, as they only had a limited number of plates!  I was continually amazed at the generosity of these people who give so much and yet have so little.  After lunch, we went back to our boat but not before making them promise to have dinner with us that evening.  Later that night, we had a great pasta dinner and lots of rum.  I think it is the first time they ever had a meat sauce on their pasta!  They were so grateful that they promised to take us to their favorite snorkeling spot the following day.
We trucked in again to the island the next day and the Boys made good on their promise to take us to a great snorkeling spot.  They pointed out all kinds of fish and collected Flamingo Tongues (small shells) for the Captains of the two boats.  They apologized they couldn’t find more, but the shells are fairly rare.  They escorted us back to our boat and we gave them some old rope, garlic and an old pair of fins in exchange for the promise of some fish the following morning before we had to head out.  The next morning, they came out, fish and all.  They then proceeded to clean the fish in their skiff, so we didn’t have to do any of the work!  We said our farewells and made our way to Cayo Matitas, about 5 miles away.  We were sad to leave our friends and this island paradise.
We were very used to reef entries after cruising the southern coast of Cuba and getting behind the  reef on Cayo Matitas was another straight forward entry.  We anchored in about 10 feet of clear blue water in front of another beautiful sandy beach.  We did our usual routine of snorkeling, hunting for fish and lobster and a walk on the beach.  Life is pretty good cruising the south coast of Cuba! 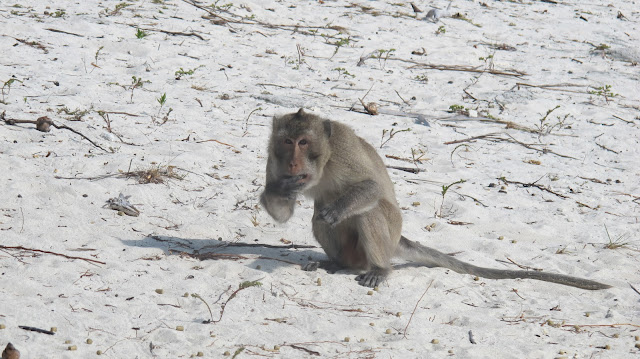 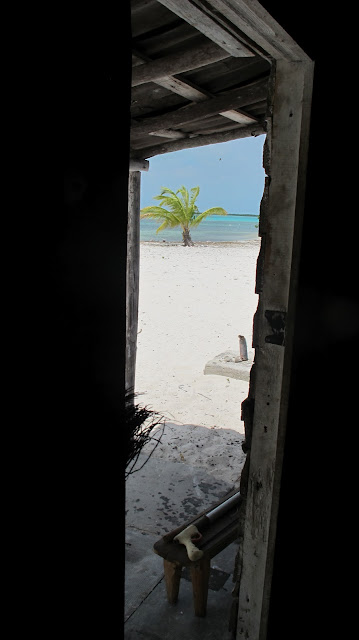 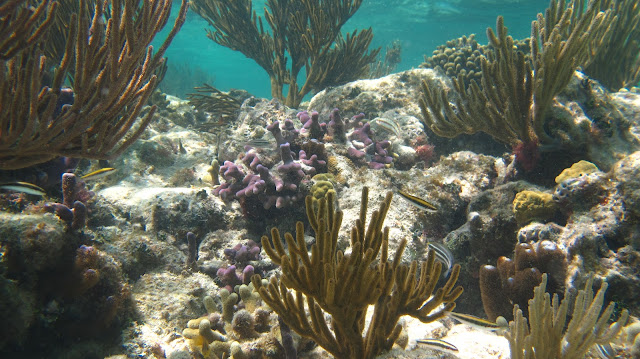 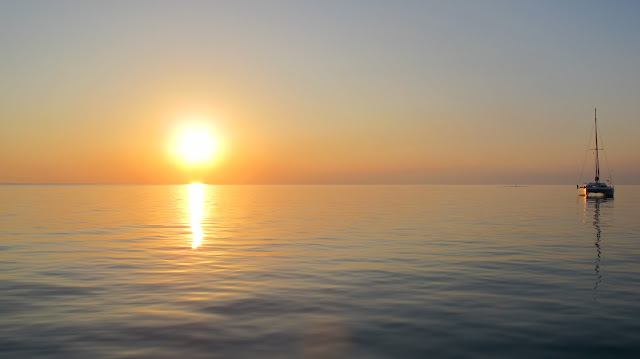