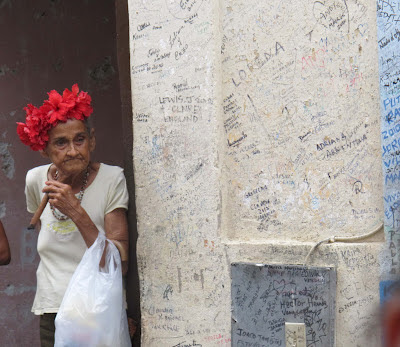 We motored through the narrow channel and tied up at the clearance dock at Marina Hemingway.  You are not allowed to anchor in Havana, all boats must go to the Marina.  We went through the usual clearing in process, but this time they also brought in the drug and ammunition sniffing dogs.  One of the customs officials had his hand out more than any other we had come across in Cuba.  The clearing in process took a few hours and then we were assigned to our “slip”.  Really, it is nothing more than a spot to tie up to alongside a wall in a narrow canal with boats on either side.  We weren’t sure how we were going to turn around as we would hit the boat on the other side of the canal if we tried, but we would figure that out another day.  We were put in front of the all-inclusive hotel and were treated to music every night!  The Marina has seen some better days and the pool is no longer in service, but it was nice to be in Havana anyway!   The dockage in the marina was $0.45 per foot per day and the water was metered.  We didn’t hook up to the electric.  The marina property also includes a small grocery store where you can get your basic necessities, including rum!  We found a little bar as well and treated ourselves to some mojitos, of course!
We took advantage of the fresh water and washed down the boat and did much needed laundry the next morning.  Then, in the afternoon, we couldn’t wait any longer and decided to trek into Havana itself.  We tried our hand at figuring out the bus situation…what an adventure!  We walked about 5 minutes to the exit of the marina compound, crossed the street and started looking for the buses that said “Habana”.  They come by fairly regularly, so we hoped on that, paying 2 pesos each and thinking it was going to take us right into the city…not so much.  It took us to the main bus “street” (rather than stop) where every bus in the area connects through.  We asked the bus driver which bus to Havana and he told us (I think it was the P1, but don’t rely totally on that!)  We went over to the area of that bus and there never really is a line – you are supposed to ask who is the last person that got there, and when the bus shows up, you get on after that person.  Good theory, but in reality, when the bus comes it is a free for all and everyone just shoves until you get on.  That bus also cost about 2 pesos, but it is a crap shoot if you have to pay or not – depending on if they guy can reach you to get your money.  We were squished in like sardines, sweating, but to take your mind off of that, they blare Cuban music in the bus.  If you are lucky, you get to stand by a window – if not, you stand by a sweaty armpit holding on for dear life as the bus makes crazy turns!  Anyway, we rode for what seemed like 45 minutes and thought we must be getting close and had no idea where we were, so we just got off.  Well, we learned from the closest bar we could find that we were in Verdado which is a suburb just outside the main part of the city.  We were told we could walk to downtown, so we started a long walk toward the Malecon (the wide sidewalk by the seawall).  It was a pretty far walk but we got to see the majority of 23rd Street, which is one of the main streets.  We walked by jazz clubs, dance clubs, old movie theaters, and a variety of restaurants.  We reached the Malecon and walked along it for a while.  We had aspirations of walking all the way to Old Havana, but realized it was a little too far and back tracked.  Of course, we made a few mojito stops and around midnight decided to go back to the marina.  Instead of getting back on the bus we opted to take a private taxi – this time another ’57 Chevy and negotiated 10 CUC for the 6 of us.  Instead of the 2 hour bus ride, the taxi only took about 15 minutes!
The next day, we decided to go straight to Old Havana via a taxi rather than the bus!  About 20 minutes and 8 CUC poorer (better negotiating this time) we were in the middle of historic Old Havana in Plaza de San Francisco.  It is a picturesque plaza, surrounded by a beautiful chapel and old buildings.  We wandered through the cobble stone streets and bought tamales from a street vender.  The cool thing was the cook was making them in her kitchen three stories up and sending them down in a bucket on a rope!  We passed by the Museo del Chocolate where they have reportedly the best hot chocolate (we later got some and can confirm that it is indeed awesome hot chocolate).
We found a local peso restaurant amid the more expensive CUC restaurants and had a great local meal of fried eggs and French fries for about $3 US.  But the best find was the 1 peso ($0.04 US) espresso bar!   It was a U-shaped bar that was lined all around by people.  The espresso makers just kept brewing the tiny cups of coffee and sliding them down the bar to eagerly awaiting people.  They had old glass containers of sugar on the counter that you could help yourself to.  It was some of the best coffee I’ve ever had. 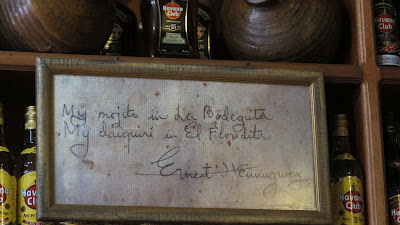 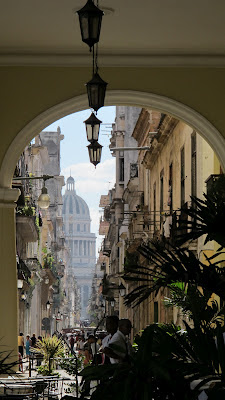 That evening, Kevin and Dena treated us to dinner at the Chinese restaurant that was on the marina property.  Kevin wanted to use the rest of his CUCs and we told the waiter how much we had to spend.  “No problem” he said and we ordered away.  We asked him if he thought we would have enough money and he said “No problem”.  We ate like kings and the food was very fresh and good.  But, we think the only English words the waiter knew was “No problem” because when the bill came, there was a problem!  We didn’t have enough CUCs to cover it and all Kevin had left was US dollars, which the restaurant didn’t accept.  We told the waiter our problem and he talked to his boss.  They just kind of murmured amongst themselves, and Kevin shoved the rest of his CUCs and some US dollars in the bill and we scurried out of there.  What a classic last dinner!
The next morning we had to say goodbye to our good friends on Sabatticus as they were heading to Florida and we were sailing to Mexico.  We had to stop at the clearance dock to get our Zarpe, which took about an hour and a half and then we were on our way to our next adventures!
Cuba is an amazing place and I hope everyone gets a chance at some point to see it.  The officials don’t care if you are American, it is our government that doesn’t want us to go there, not theirs.  Don’t be afraid of Cuba – it is a wonderful country.
Quick side note – for those of you who are trying to go from Havana back to the States, we had spoken to many non-Americans on foreign flagged vessels who had done it.  Most who went into Key West, got hassled and threatened to get prosecuted or have their boats taken by Customs.  Many had their cruising permits taken away.   After hearing these horror stories, Kevin and Dena (who are Canadian on a Canadian registered vessel) decided to go Ft Lauderdale to clear in and had no problem at all.  In fact, they later told us that the customs officer told them she just wished everyone would get along!  We have heard through other  people that West Palm or Cape Canaveral or really anywhere North of Lauderdale is okay to go into as well after Cuba, it is only Key West that gives people problems. 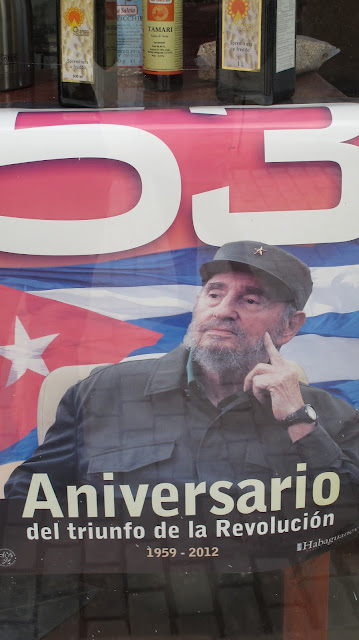 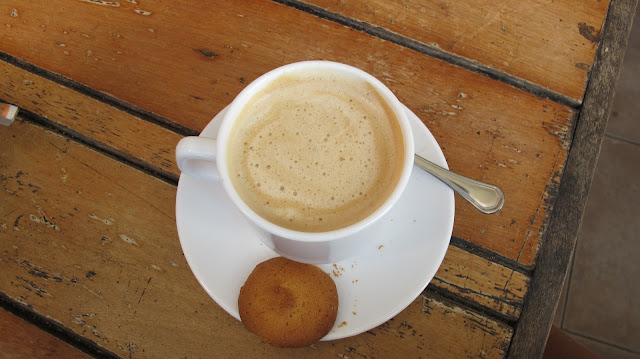 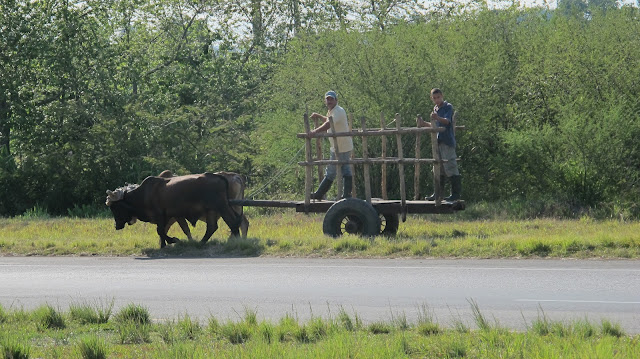